German dudes contacted us a little while back asking to use some 2B designs in their award winning gaming magazine.  Of course, I thought it was some joke or someone just trying mooch some designs.  Did a quick internet stalking and realized they were legit. Here is the result. 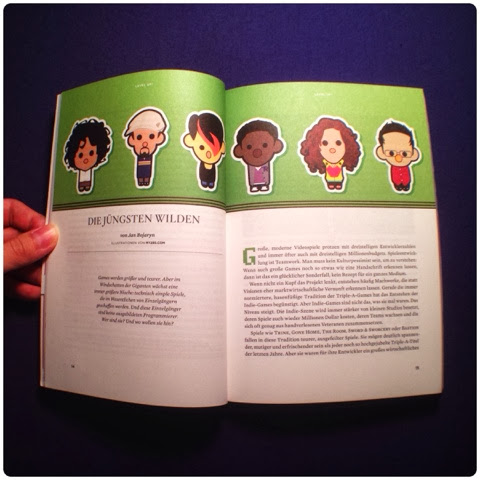 It was a nice little bookazine.  We have no idea what it says since it's all in German, but we were told that it's in a good light.  Either way, it was a nice quality print.  2Bs have invaded Germany!