We scored some tickets to the Daily Show with Jon Stewart recently, so of course we had to make a custom just for the occasion. 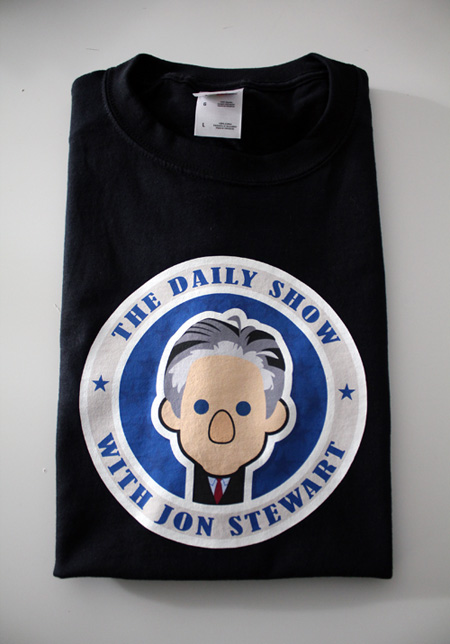 You usually don't know who the guest on the show you will be attending is until the week of.  We checked early in the week and they had not posted the guest yet.  We got worried that someone good cancelled and they were scrambling to replace them.  On Tues we found out that Bill Clinton was the guest.  Nice!  So that is how the idea of putting 2B Jon Stewart into a little "seal" came about.  There was also a thought bubble version of 2B Jon...but we couldn't come up with anything for his thought bubble.